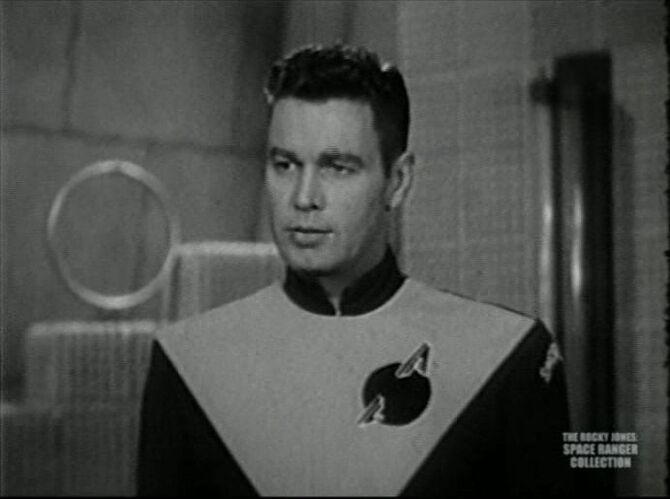 Welcome to the Rocky Jones Wiki

Rocky Jones was the proto Kirk of the day. A real two fisted hero concerned with the cause of rightiousness. He was not paralized by doubts, and he could do no wrong by definition of his character. He was respected and admired by his peers, and feared by his enemies!

Rocky Jones Space Ranger delivered the goods to the young audience each syndicated week. With rocket ships, and space guns, arch villians, and even the occasional robot, Rocky and his crew always had their hands full! (And all in a time BEFORE Sputnik beeped across the sky, or John Glenn took his first orbit!)

Rocky Jones broke loose the stereotypical television code of the day - even so far as having a female crewmember - long before Star Trek shocked the airwaves with theirs!

Technology
Add a photo to this gallery
Retrieved from "https://rockyjones.fandom.com/wiki/Rocky_Jones_Wiki?oldid=4866"
Community content is available under CC-BY-SA unless otherwise noted.